If you are interested in only the best views of he Chianti region, with its vineyards and colorful medieval towns like San Gimignano and Florence. Consider taking a bird’s eye view from high. Our tours offer a helicopter ride that reveals one of the most beautiful and breathtaking landscapes that exist. If you want to discover the most authentic Tuscany and the beauties of this region with a Helicopter flight that will leave directly from your accommodation.

A panoramic tour will take place over the city of Florence flying above the Arno river to allow customers to take wondeful pictures above the most important monuments of the city. We will head then over the beautiful Chianti Classico hills where you can admire the old castles and vineyard. 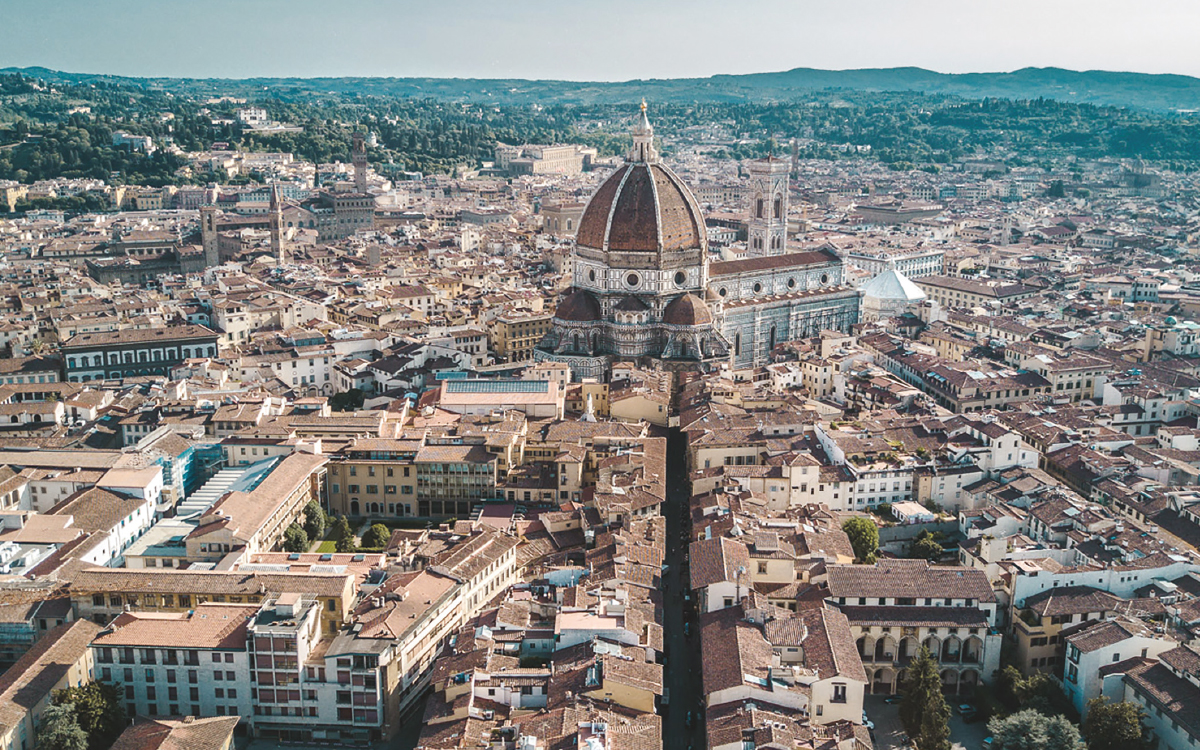 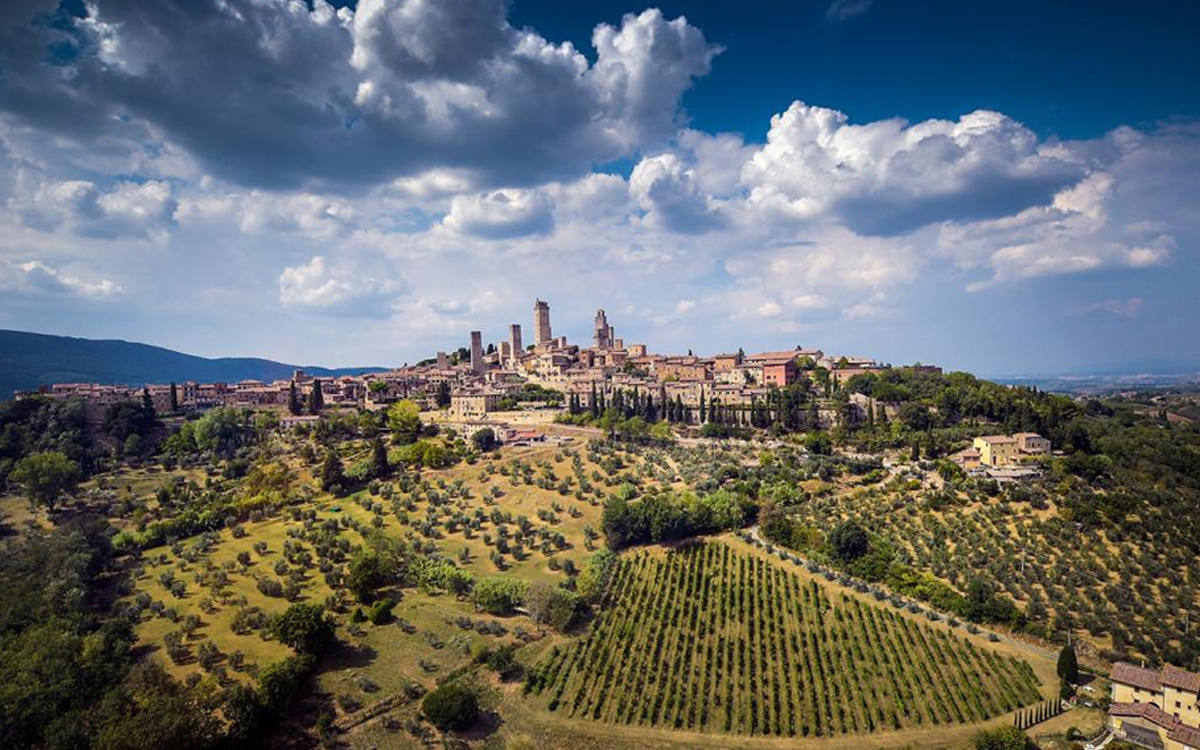 Strenghts of the helicopter flight

During your amazing helicopter flight, you will be able to see the Teatro del Silenzio, famous for being the stage of the yearly Bocelli concerts, the Etruscan Volterra and San Gimignano, the “medieval Manhattan”.
The flight will highlight one of the most interesting city of the area, San Gimignano, a medieval venue which has the most amazing towers of Tuscany. You’ll clearly see Piazza del Duomo and the magnificent Chigi Tower

You will get to learn the wine etiquette and taste a selection of top-quality wines, sitting in the vineyard, in the wine cellar or in an exclusive private room and eating delicious home-made dishes.
The experience at the Winery will last about 3 hours.
Once the experience is finished, the helicopter will bring you back to Florence. There, your driver will take you back to your accomodation. Approximate time of arrival 4.30 pm. 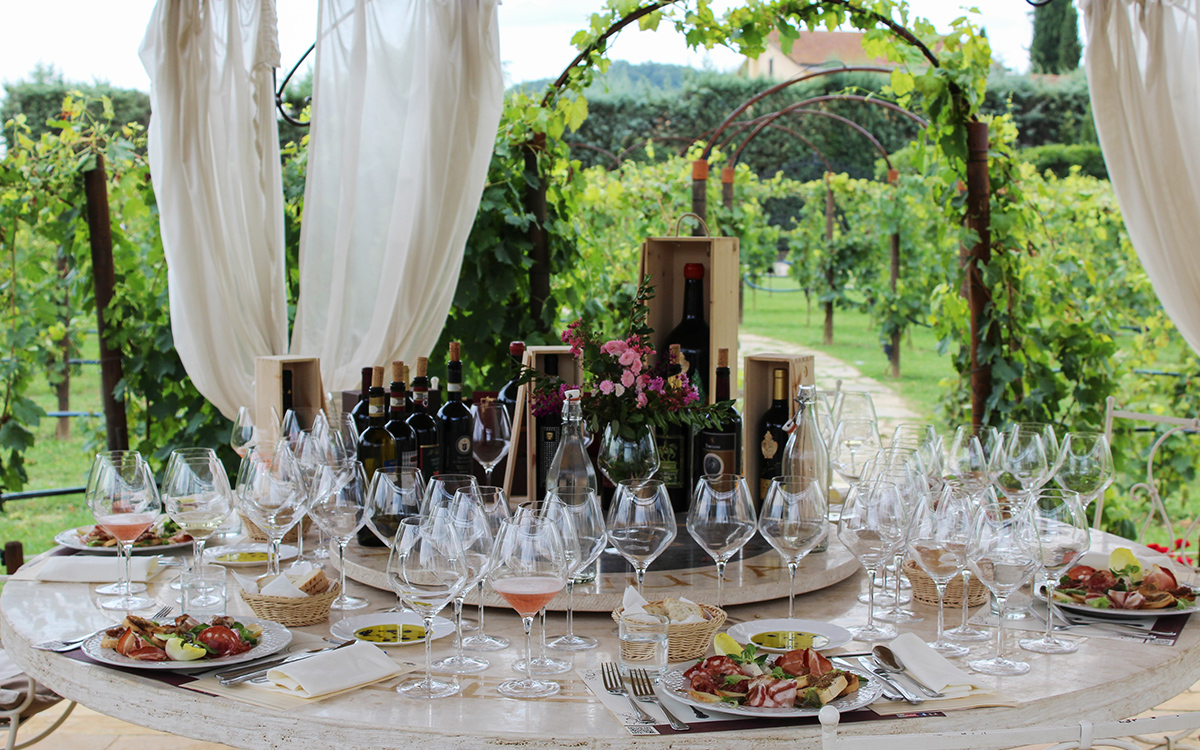 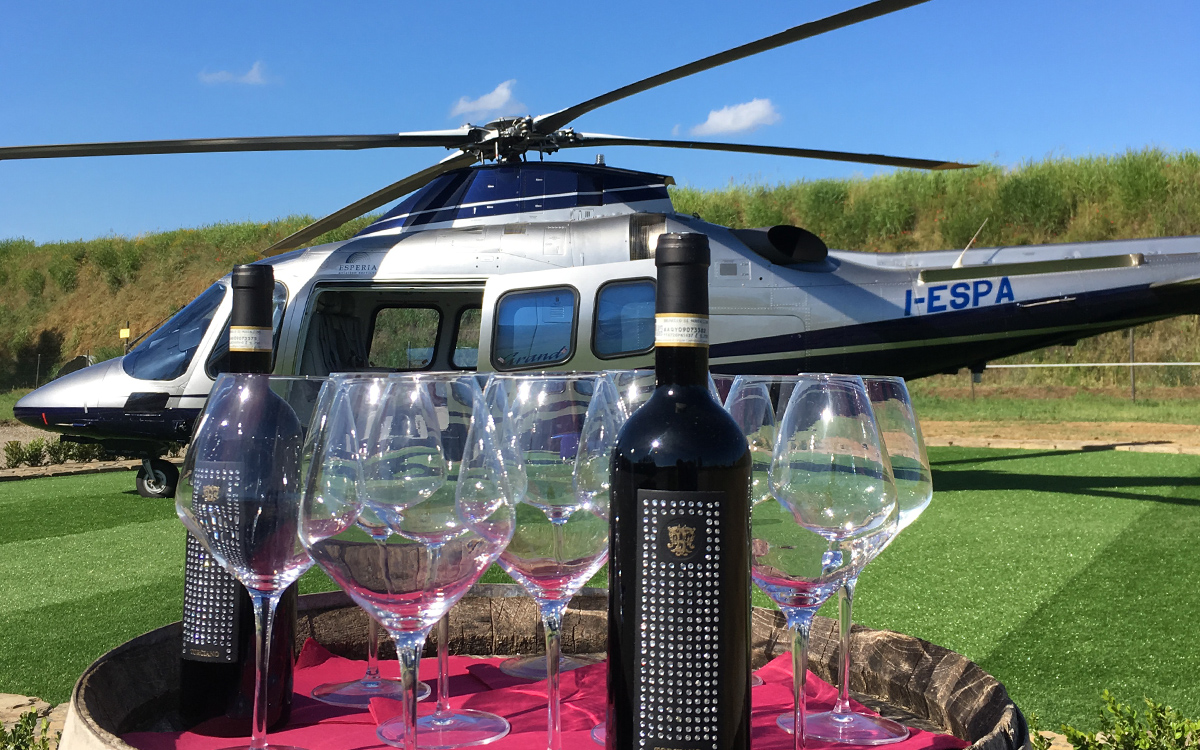 Highlight of the helicopter flight

Lunch consists in four courses, each of those truffle based.  It mantains its humidity and the soil is perfectly able to produce truffle for nine months per year. Our chef will surprise you with a first quality matches between wines and courses.  The wine tasting will be followed by our Sommelier and it will be a real lesson on how to pair wine and food correctly.
The Wine Tasting experience consists of a vertical Wine Tasting of 13 Tuscan wines and gourmet products including personal reserves with vintage 1995, 1996-1997 and limited editions.

San Gimignano is a small walled medieval hill town in the province of Siena, Tuscany, north-central Italy. Known as the Town of Fine Towers, San Gimignano is famous for its medieval architecture, unique in the preservation of about a dozen of its tower houses, which, with its hilltop setting and encircling walls, form “an unforgettable skyline”.
Within the walls, the well-preserved buildings include notable examples of both Romanesque and Gothic architecture, The “Historic Centre of San Gimignano” is a UNESCO World Heritage Site. The town also is known for saffron, the Golden Ham, and its white wine, Vernaccia di San Gimignano, produced from the ancient variety of Vernaccia grape which is grown on the sandstone hillsides of the area. 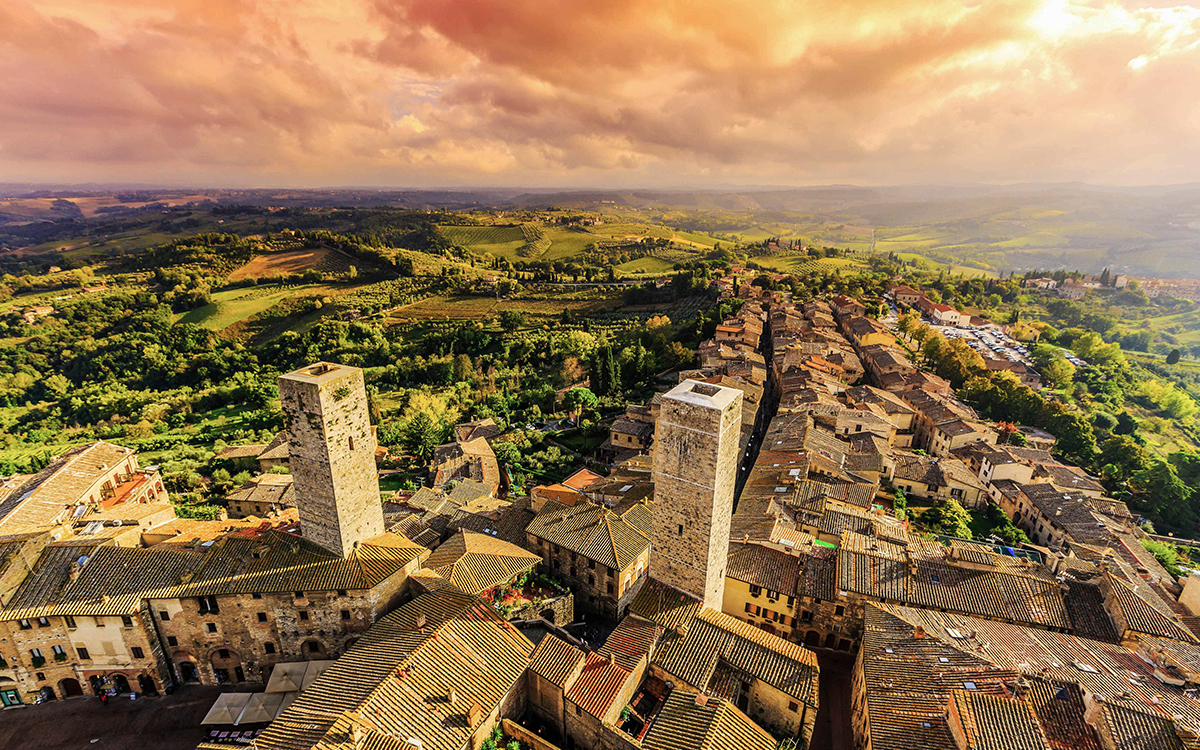 A wonderful occasion to explore Tuscany in a different way

Don’t miss this one of a kind adventure. If you want to visit Italy and enjoy the landscape like you never did before, contact us for more information.

For allergies and intolerances please, contact our staff. Vegetarian and vegan options are available on request.
All packages are subject to availability. Cancellation 15 days before the event. Each booking is subject to availability and requires as collateral the credit card. Payment is due at the time of the event. The rules concerning guarantees and deposit vary according to season and the package or offer, please call for details.

Get the best from your holidays and book with us. Your wellness is our priority, give us a call and we will answer within 24 hours.
CHECK AVAILABILITY
We use our cookies, and those of third parties, to improve your shopping experience and our services by analyzing the user's browsing on our website. If you continue to browse, you will accept the use of these cookies. Read More Ok
Go to Top